You are browsing the site archives by month.
25Feb 2016

In my last post I discussed the rising popularity of single use coffee pods and how they are transitioning towards being embedded in everyday practices of coffee drinkers. 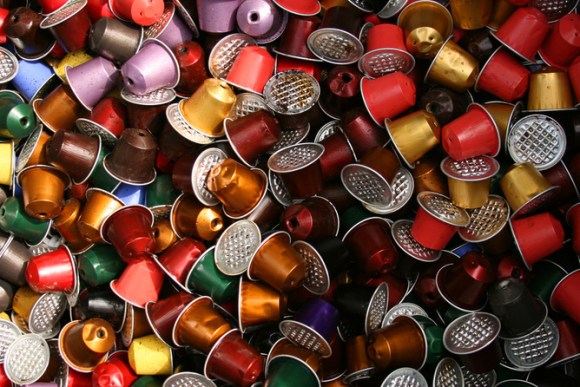 Interestingly, Hamburg, Germany has just banned their usage in public offices.  The city’s spokesman of the Department of the Environment and Energy, Jan Dube, described the reasoning behind the decision in a document (in German) detailing the cities sustainable procurement strategy:

“These portion packs cause unnecessary resource consumption and waste generation, and often contain polluting aluminum,The capsules can’t be recycled easily because they are often made of a mixture of plastic and aluminium. It’s 6 grams of coffee in 3 grams of packaging. We in Hamburg thought that these shouldn’t be bought with taxpayers’ money.”

It is interesting to see this as a stance contrary to the rising popularity of the practice.  I am curious how this ban will impact users home practices.  Will we see a rise of alternative coffee brewing practices after users have grown accustomed to the value of customization in coffee pods.  Could individual french presses stand as a more sustainable alternative ?  This option has been around for a while but why has it not taken off as much as coffee pods or K- cups ?  I hypothesize it is due to the materiality that is more complicated than the coffee pods as it requires this special cup that must be washed after every use and requires ground coffee.  However, how is this different than the orignial requirements of standard coffee pot brewing ? 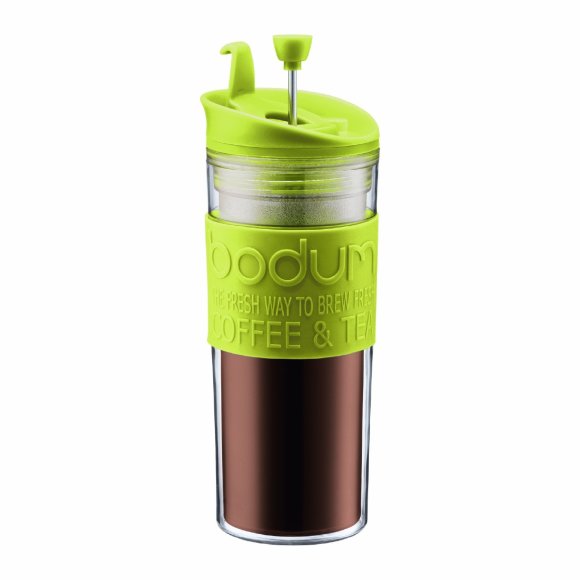 In the United States in 2011, the coffee industry was a $40 billion industry with approximately half of the adult population consuming coffee, with the average drinker consuming two cups a day.[1] This post analyzes user practices related to coffee brewing. In particular it will address the integration of the Keurig Single Cup Brewing System into the everyday fabric of one in three American homes.[2]

Keurig’s primary product is called the K-Cup and it is a plastic cup, about the size of a large chicken egg, filled with ground coffee beans and a coffee filter. The cup is placed inside of a Keurig home brewing machine, which punches holes in the lid and bottom of the cup and forces water through the K-Cup and into a mug below.[3] This product has made a drastic impact on the coffee brewing practices of Americans both while at home and at work. Its impact on these practices will be analyzed through the lenses of Practice Theory as applied by Shove and Pantzar in the article Consumers, producers, and practices: understanding the invention and reinvention of Nordic walking, and Shove and Southerton in the text Defrosting the Freezer: From Novelty to Convenience.[4] [5]

Shove and Pantzar define three elements that support the formation of practices: material, meaning, and competence.[6] These three concepts will be defined and applied to the analysis of the coffee brewing practice. In an earlier article, Shove and Southerton describe the history of the freezer and its normalization into social practices. The authors outline how the normalization of a product occurs in a three-phase process: introduction, establishment, and redefinition. Shove and Southerton take a sociotechnical approach to such an analysis, one which is also applicable to the case of the Keurig system. In both cases, it is interesting to evaluate the objects and how they inform societal contexts.  The process of normalization and the elements of practice integration will be addressed below.

The introductory phase of a product or system is aimed at building meaning around the item. In the case of the Keurig system was launched on the market in 1997 and was originally made for use in offices.[7] The product was originally developed to be a niche product, specializing in quick and easy coffee brewing for professionals while they are at work. The competence requirements of the product contributed greatly to its meaning: it was extremely simple to use. The meanings the product symbolized was speed and convenience, which were traits greatly valued by employees of all types and the popularity of the product began to grow. An additional meaning of the product can be found in its ability to accommodate individual preferences, a quality that is highly valued, and a significant step up from the product the Keurig is gradually replacing: the coffee pot, a communal staple of offices a decade and a half ago. This combination of minimal competence required and impactful meaning allowed the product to gain steps towards normalization of the practice and consumption related to the Keruig system.

The meaning represented by the Keurig system, helped it to quickly launched it into the establishment phase, the period for society, markets, infrastructure, etc. to adapt to the technology. From its launch on the market, Keurig was partially owned by Green Mountain Coffee Roasters, and established coffee industry player since 1981.[8] The system’s presence in offices continued to grow and by 2002, the company had sold 10,000 brewing systems.[9] During this phase, the system’s inherent meaning of convenience and minimal required competence were experienced by all users, and its popularity continued to grow. During this phase the Keurig brand expanded its product base and further developed its technology with the help of Green Mountain.[10]

However, the redefinition phase is where the system truly began to take off. Their original product was not practical for home instillation, but the company knew they had to develop the materiality of the product to make it practical for home usage. This aspect of the product was key to incorporating it into everyday practice because it is reported that 75% of coffee drinking is done in the home.[11] A new model of the product, the B100 was the first at home model of the system, was first put on the market in 2004.[12] Since then the popularity of the system has grown and the company takes in over $2 billion in revenues annually.[13]

Interestingly, characteristics such as cost and environmental impact are greatly out weighed by the ease and convenience of the K-Cup. The inventor of K-Cups, Sylvan made an interesting comment when he said: “it’s like a cigarette for coffee, a single-serve delivery mechanism for an addictive substance.”[14] The Keurig system is becoming normalized into consumer practices, and they are becoming addicted to the simplicity of use of the system, without concern for the environmental impact of their consumption. This practice can be similarly compared to the practice of some smokers who are addicted to cigarette smoking without much concern for the health of their bodies.

Compared to a generic brand of ground coffee, which brews for about five cents a cup, the K-cup costs ten times more at about 50 cents a cup. It was reported that even in the recession of 2008, the sales of the Keurig products persisted. This is an interesting demonstration of the idiom ‘time is money’. It shows that these Americans consumers value more the option of convenience than the money spent for that convenience. It can be assumed that a large percentage of coffee drinkers, especially those with such value on a short and simple brewing process, are consuming coffee in order to be more alert, presumably to work and earn more money. This sociotechnical analysis of practice creates an interesting paradox that is can provide meaningful insight into the current culture of America today.