You are browsing the site archives by date.
25Sep 2016

When else do you get a chance to lay in the middle of one of Copenhagen’s busiest streets? 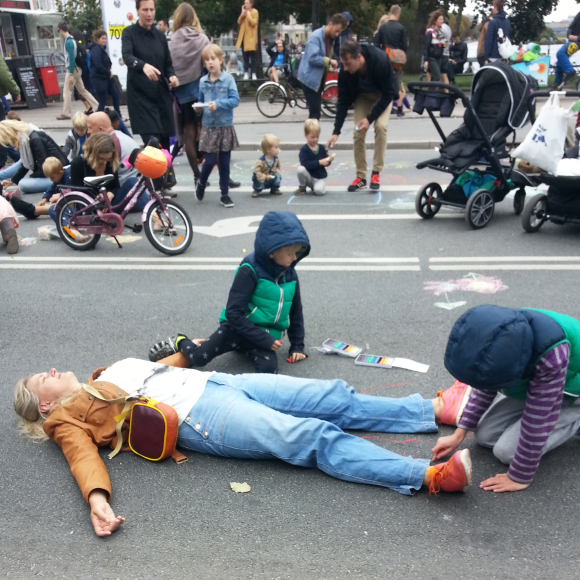 Car free Sunday is an initiative put on by Copenhagen Municipality to bring life to the streets in place of car traffic – read more here (in Danish).  This year it was well coordinated to take place the same day as the Copenhagen Half Marathon and after the race, some major roads remained closed to car traffic to allow people to enjoy the urban space. 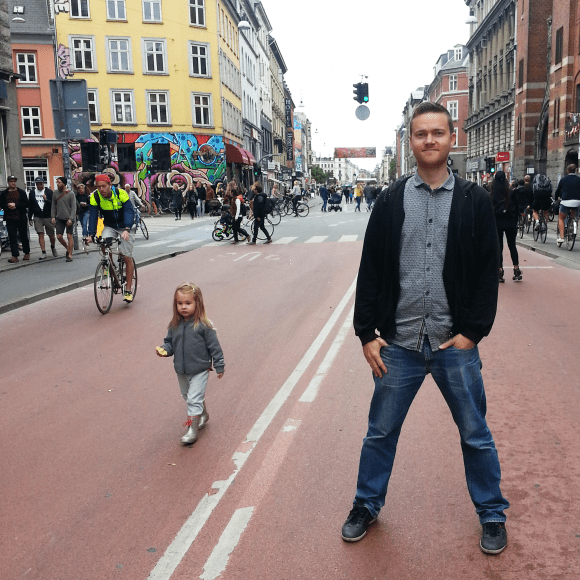 Chalking the streets was a great and interactive activity to enjoy on car free streets. 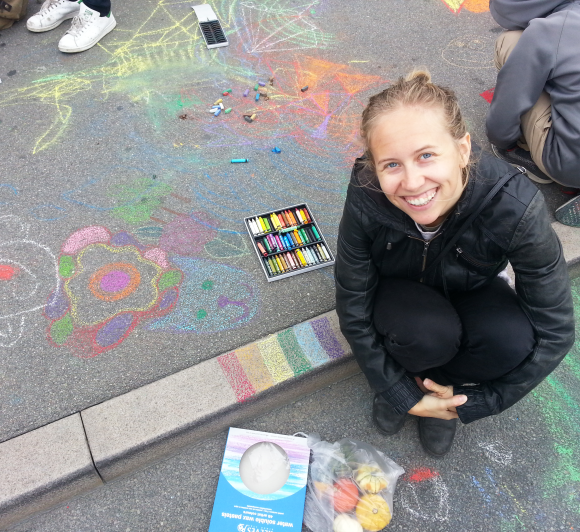 Dronning Lousie’ s Bro, home to the world’s busiest bike lane, was taken over by citizens who had the chance to be urban chalk artists for the day.  Though the bridge was still open for bicycle traffic, it was too crowded at some points and cyclists had to dismount and walk their bikes. 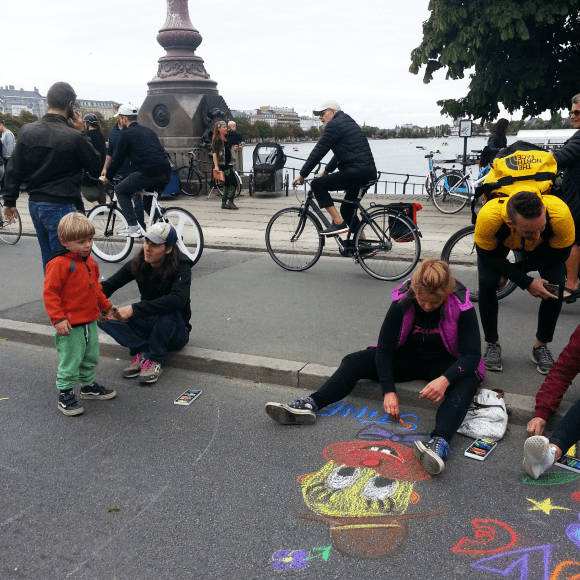 Chalk crayons were provided and citizens of all ages took to the streets creating art. 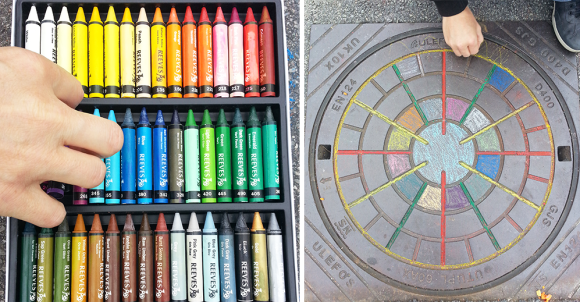 We really enjoyed walking and making art in the middle of one of the city’s main streets – although you had to be careful to not sit in chalk and get your black pants colored like I did !